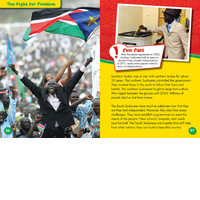 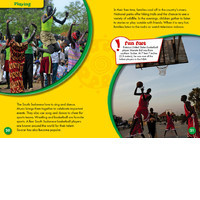 From the Series Exploring Countries

After decades of war, South Sudan became an independent country in 2011. Though its people face struggles as they build their new nation, they do have reason for national pride. Their country contains Bandingilo National Park, which hosts one of the largest annual animal migrations. This title describes the birth of South Sudan and its efforts to create a national identity. 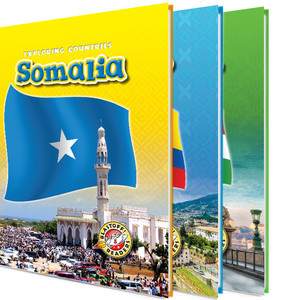